The Grand Hotel Principe di Piemonte was built in Viareggio in the early twenties with the name of Select Palace Hotel. Time transformed it into a Grand Hotel of international scope, which soon became the favorite home of aristocrats, intellectuals and artists. It was renamed Grand Hotel Principe di Piemonte in 1938. Its elegance has seduced the imagination of many film directors over the years, becoming the theater of prestigious film productions.

After 19 months of restoration, the hotel came back at the top of his charm in 2004. Nowadays, the Prince is among the most exclusive and refined historical Hotels in the world.

On September, 26th you are going to experience a suggestive dinner at Hotel Restaurant “Principe di Piemonte”, located on the sea promenade in Viareggio (Lucca). During the dinner, the winner of the Best Student Paper Award will be announced. Buses for the conference attendees will leave from the conference venue at 19:15. Buses will leave from Viareggio at 23:00 to bring the attendees back to Pisa.

You can have a look to the hotel website here. 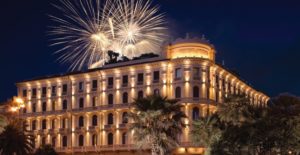 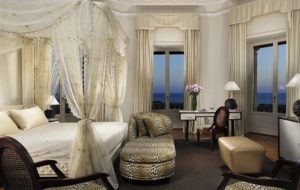