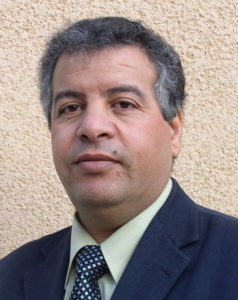 Abstract:  More than 70 years after H. Stockman’s publication of his paper on “communications by means of  reflected waves”, but also by L. Theremin’s demonstration of his wireless microphone, RFID continues to attract ever-increasing interest for many applications. These two historical facts are the basis of both RFID families: Conventional RFID with chip and Chipless RFID. These two RFID families, although supported by the same physical phenomenon of the back- scattering exhibit two remarkable and decisive advantages in practice, namely wireless and battery-less. They also, offer different characteristics and advantages/limitations. RFID has long been confined to traceability and identification applications, but with the advent of the Internet of Things (IOT) and the era of Artificial Intelligence (AI), RFID is considered as the TECHNOLOGY that enables the real implementation of IOT and AI. To fulfill such requirements, scientists and engineers are dramatically pushing the limits of both RFIDs exploring many new applications and exploiting new functionalities in particular sensing and transforming the identification RFID tag in an Augmented tag. In this keynote, after an overview of the state of the art for RFID nowadays, we will focus on recent development of both RFIDs. Some methods that allow RFID tags to acquire new capabilities, in particular sensing, will be discussed. Conventional RFID tags based on IC will be considered and examples of transforming these tags in sensors will be discussed.  On the other hand, chipless technologies which represent an alternative identification solution continue to progress and offer real time and full passive solution. Despite their modest performance in term of coding capacity, the transformation of chipless tag into passive wireless sensor is a topic of great interest and many research projects worldwide and under development. Finally, the last part will be dedicated to standardization issues and review the impact of RF regulations on RFID.

Short Biography : Smail TEDJINI, IEEE Senior Member, URSI Fellow, Doctor Physics Grenoble University 1985. 1981-1986 Assistant Professor at Grenoble Institute of Technology, Senior Researcher of CNRS (Research French National Center) 1986 to 1993. He became University Full Professor 1993. Since 1996 he is Professor at esisar: Dpt. of Grenoble-inp. His main teaching topics concern Electromagnetism, RadioFrequency, Wireless Systems and Optoelectronics. He served as coordinator/member in numerous academic programs both for education and research. He was coordinator for Ph.D., Master and Bachelor Programs for Grenoble University, some programs are under international collaboration from Europe, USA, Canada, Brazil, Vietnam, Egypt, Maghreb.  He founded the LCIS lab and served as its Director. He also served as the Director of esisar. He has more than 35 year experience in Education, Research and management of university affairs. Now, he is project manager at the ORSYS group of the LCIS that he founded 18 years ago and leaded until 2014.   He supervised more than 40 Ph.Ds, and participated as Ph.D jury examiner/opponent for tens of defenses. He has more than 300 publications and patents.  He organized several conferences/workshops. Senior Member IEEE, Past-President and founder of the IEEE-CPMT French Chapter, Vice-President of IEEE Section France (2008-2014) and Vice-Chair of URSI Commission D “Electronics & Photonics” in 2008. He served as the Chair of URSI Commission “D” for the triennium 2011-2014. In 2015 he was elected President of URSI-France. Since 2018 he is the Vice-chair of the MTT-TC24 on RFID.